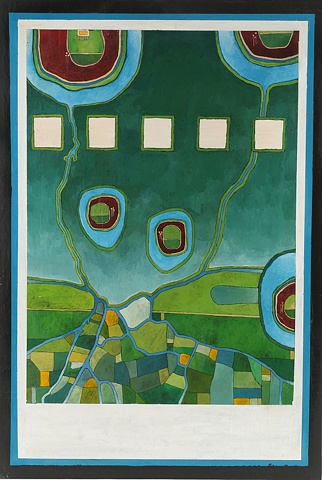 From Wikipedia: "From a young age, William Blake claimed to have seen visions. The first of these visions may have occurred as early as the age of four when, according to one anecdote, the young artist "saw God" when God "put his head to the window", causing Blake to break into screaming. At the age of eight or ten in Peckham Rye, London, Blake claimed to have seen "a tree filled with angels, bright angelic wings bespangling every bough like stars."