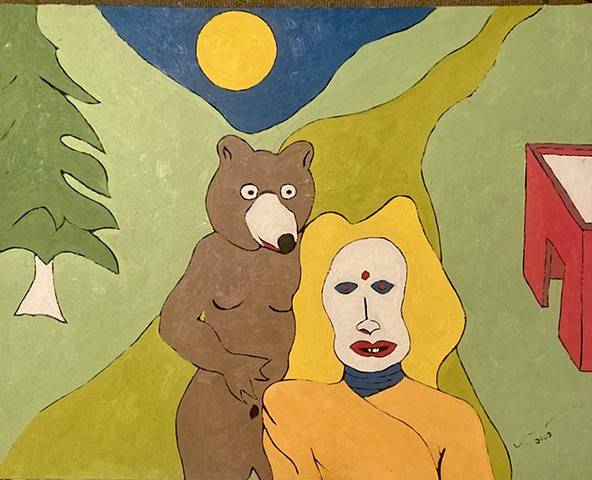 This is not my artwork but by David Roe Harding. It served as a huge inspiration for my current series. I bought the painting in 2009 in Salt Lake City. He was selling numerous paintings at a garage sale.

I was drawn to one titled Yogi Yogi Road. I kept this painting in my studio for years and later misremembered the title and thought it was Yogi Not Yogi.

I am a child of the 70’s & 80’s and grew up watching Hanna-Barbara. Yogi bear was always trying to snatch the picnic basket(enlightenment). Also I thought of the dual nature of both Yogi’s/the trickster god.

"the symbols of the divine initially show up at the trash stratum.” - Philip K. Dick